Two storage bases have been set up in Shijiazhuang, Hebei Province and Jinan, Shandong Province. The warehouses cover an area of 2100 square meters and 3000 square meters respectively. The stock value of standing cables exceeds 10 million yuan and 13 million yuan respectively. After being built and put into use, they not only reduce the transportation cost of the group company, but also cover the whole territory and surrounding areas of Hebei, Shanxi, Shaanxi, Henan, Shandong and other provinces, including Anhui and Jiang Customers from many places like Su provide convenience. In addition, Golden Century Group has offices in Shanghai, Beijing and other places, serving the whole country. 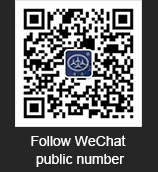